~Gil-galad~
"And when the tidings came to Balar of the fall of Gondolin and the death of Turgon, Ereinion Gil-galad son of Fingon was named High King of the Noldor in Middle-earth."

Wolves and Wargs in the Third Age 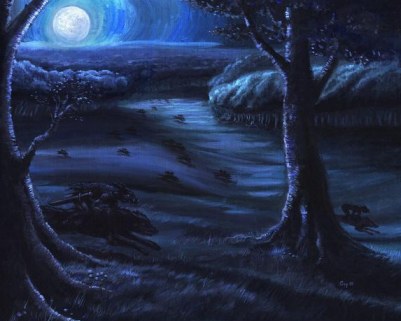 Wolves were frequently allied with the forces of evil and they were sometimes used as mounts by the Orcs known as wolf-riders.

The alliance of Orc and Wolf was longstanding, for both Wolves and Orcs were bred by the evil hand of Morgoth, and the histories of Beleriand in the last Age of Stars tell of how the Sindarin Elves of Beleriand fought against Wolf-riders.

Wolves lived in northern Middle-earth, and in the north of the world there also lived white wolves. Wolves infested Eriador before the end of the Watchful Peace, and in TA 2327 wolves killed Aragorn I, the Chieftain of the Dunedain. Eriador continued to be plagued by wolves for many years afterwards. During the Fell Winter of TA 2911, white wolves from the North crossed the frozen Brandywine River and entered the Shire. The Horn-call of Buckland was used at this time to rally the Hobbits to drive out the wolves. During the War of the Ring in TA 3018-19, wolves prowled outside the walls of Bree.

Saruman kept wolves in dens beneath Isengard, and during the War of the Ring he sent Orcs mounted on wolves into battle. Saruman’s wolf-riders were ferocious and deadly, and horses feared them greatly as the wolves tore at the horses’ bellies. The wolf-riders usually attacked individuals or small groups, but they could also attack larger companies by charging through gaps in the ranks.

Wargs were a particularly evil, demonic kind of wolf. They were intelligent and capable of speech, having their own language among their own kind. Wargs were vicious killers, but their weakness was their fear of fire.

Wargs were also used by orcs as horses, being ridden out on their raids. In return, the wargs were given a share of the plunder. The Red Book of Westmarch records how some among the Orcs of Rhovanion came into the Battle of Five Armies mounted on the backs of wargs.

Wargs lived mainly in Wilderland on the eastern side of the Misty Mountains. In TA 2941, the Wargs joined forces with the Orcs and planned to attack the Woodmen who had made settlements in the eaves of Mirkwood. But when the Wargs arrived at the rendezvous point, they instead found Gandalf the Grey along with thirteen Dwarves and a Hobbit named Bilbo Baggins up in the trees. Gandalf threw pinecones burning with magical fire down at the Wargs, wounding their chieftain and setting a number of others ablaze. The Wizard and his companions were then rescued by Eagles. 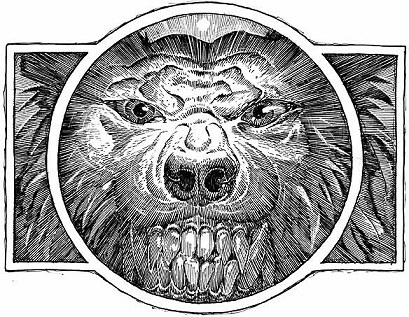 The Wargs were enraged and sought revenge. They joined the gathering forces of Orcs at Mount Gundabad and marched eastward to the Lonely Mountain. There the Wargs and Orcs fought the Dwarves, Wood-Elves, and Lake-Men in the Battle of the Five Armies. Many of the Orcs rode wolves into battle. In the end the Orcs and Wargs were defeated. Afterwards, the Beornings kept the lands inhabited by Men on the western edge of Mirkwood free from Orcs and Wargs.

In January of TA 3019, a group of Wargs crossed to the western side of the Misty Mountains and they attacked the Fellowship in the early hours January 13. The Fellowship took refuge on a hilltop and fought the attacking Wargs. Gandalf set the ring of trees atop the hill on fire and Legolas slew their chieftain with a flaming arrow. The remaining Wargs fled into the night.

The next morning, there were no Warg carcasses to be found though the Fellowship had slain many in the night. It is not known whether the Wargs had been acting independently or had been sent by Sauron or possibly Saruman, but Gandalf implied that it was not by chance that the Wargs had waylaid the Company of the Ring-bearer. The Warg attack was instrumental in the Fellowship’s decision to enter the Mines of Moria.

Wargs are sometimes referred to by the general term “wolves.” Gandalf called one of the Wargs “Hound of Sauron.”

Tolkien wrote that the word warg “is an old word for wolf, which also had the sense of an outlaw or hunted criminal.” The Old English wearg means “accursed one, outlaw, felon, criminal.” The Old Norse vargr means both “wolf” and “outlaw” and the Old High German warg means “evil-doer.”