Jane Suffield was one of Mabel’s younger sisters, born in 1872, and she used to carry love letters to New Street Station for Mabel to give to Arthur Tolkien.

She met Mabel and the boys at Southampton when they returned to England in 1895, and she took them back to her parents’ house – where Jane was still living. In 1904, she became one of the first women in the UK to gain a science degree, and she was married to Edwin Neave. In 1911, she was widowed. In the same year she went to Switzerland with the Brookes-Smiths. 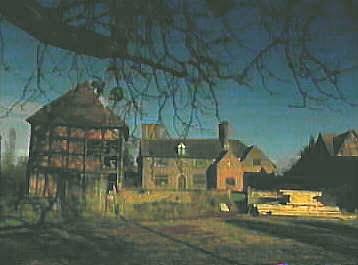 In 1914, she started running a farm in Nottinghamshire (Phoenix Farm, Gedling) with the Brookes-Smithses and Hilary Tolkien. By 1923, she had left Nottinghamshire and moved to a farm at Dormston in Worcestershire. It was at the end of a lane that led no further and the local people sometimes called it “Bag End”. From then to 1930, she had her father living with her for much of the time.

In 1961, Jane was 89, and asked Tolkien if he would write a small book featuring Tom Bombadil. He complied, and “The Adventures of Tom Bombadil” was the result. His aunt died only a few months after its publication, in 1963. Tolkien was then to say that he considered his aunt a most remarkable woman.