~Gimli~
"Soon master Elf you will enjoy the fabled hospitality of the Dwarves. Roaring fires, malt beer, ripe meat off the bone." 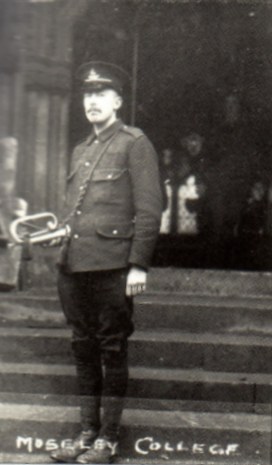 Hilary was born in Bloemfontein on the 17th February 1894. He was a healthy child, unlike his brother, and he flourished in the desert climate. He came to England with his mother and brother in April 1895, and later said that he could not remember anything of South Africa.

He was two when the family moved to Sarehole, and two and a half when he started accompanying his older brother on his expeditions around the Sarehole environs.

In 1900, he began his instruction in the Catholic faith from Mabel. For education, he was schooled mainly at home, failing the King Edward’s entrance exam as he was “so dreamy and slow at writing”.

In the New Year of 1904, he caught measles, which turned into whooping cough and pneumonia, and he was sent to his Suffield grandparents to recuperate. After his mother’s death, he and his elder brother lived in several boarding houses. In 1908, they were in 37 Duchess Road, in 1910, they moved to different lodgings, and in 1911, they moved to live with Beatrice Suffield, the widow of Mabel’s youngest brother. There, Hilary remained quite content leaning out of the boys’ window and throwing stones at the cats below. But while he lived there, the Birmingham Oratory became his real home. By this time, he had passed the entrance exam for King’s Edward’s, and had joined his brother at the school.

He soon left the school, however, and took up agriculture, working on the Brookes-Smiths farm in Sussex. For the summer of 1914, he ran a farm in Nottinghamshire with Jane Neave and the Brookes-Smithses, but in the late summer he enlisted as a bugler in the army. He served in the Royal Warwickshire regiment, suffering a number of minor shrapnel wounds while carrying supplies over the Paschendael Ridge.

After the war, Hilary bought a small orchard and market garden near Evesham, and in 1923, Edith, Tolkien and their children came to stay to help Tolkien recover from an illness.

He married Magdalen Matthews, and they had three sons – Gabriel, Julian and Paul. He died in 1976.