~Nessa~
"In dancing she delights, and she dances in Valimar on lawns of never-fading green." 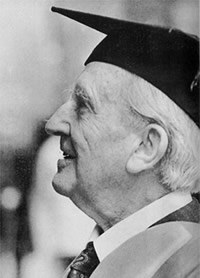 In the evening of the 3rd January 1892, Mabel Tolkien gave birth to her first son in the dusty South African frontier town of Bloemfontein. She named him John Ronald Reuel Tolkien.

That child was to become one of the world’s greatest fantasy novelists, as well as an Anglo-Saxon scholar of international renown. He would grow up to be a humble man, steadfast in his belief of God, and somewhat confused about the fame that surrounded him in later life. His imagination would take him on journeys through the depths of time and the vastness of space, yet his most beloved creation was a race of small men, homely and peace-living, living in a green land of woods and vales.

The impact of his works can hardly be underestimated. To quote from the Sunday Times: