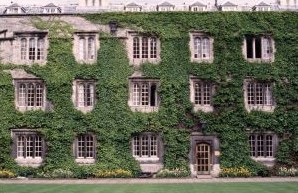 In autumn 1911, Tolkien went up to Oxford University to read Classics at Exeter College. His set of college rooms became his first real home since Sarehole, with his own bedroom and a sitting room that looked out over Turl Street.

Being a student at Oxford in the early 1900s was an enchanted existence with little responsibility. At that time, the University was dominated by the British class system, and it was mainly a playground for the sons of the aristocracy who were principally drawn to Christchurch, Magdalene, and Oriel Colleges. However, there were also some serious-minded students who went there to learn and to forge careers – not through their connections, but through their determination and ability. These middle-class, and the very low number of working-class students, tended to survive on Scholarships and Exhibitions.

Exeter College was one of the few colleges that didn’t have a strong tradition of social distinction. Furthermore, there were a couple of second year Catholic students at the College who sought out Tolkien and made sure he settled in well. After that, he found that he made friends quickly.

He had to be careful with money, as he only had a tiny income to live on. What made this so much harder was that he was living in a society designed for the tastes of the rich. Things that should have been cheap became expensive in Oxford. While it was possible to simply have toast for breakfast, there was a tradition of entertaining friends and providing something substantial at one’s own cost. Reasonably priced dinners were taken formally in Hall, but buying wine or beer drove the costs up. When other necessities such as clothes, furniture, stationary and books were added to this, it is easy to see why Tolkien had a good few unpaid bills by the end of his first year.

At Exeter College, Tolkien threw himself whole-heartedly into playing rugby, though he never became a leading figure in the college team. He joined the College Essay Club and the Dialectical Society, and also took part in the Stapeldon – the College Debating Club. And not being content with all those, he started his own club, the Apolausticks.

The Apolausticks Club defined itself as “devoted to self-indulgence”, and was composed mainly of freshmen. They read papers, had discussions and debates, and held large and extravagant dinners. While it was more sophisticated than the TCBS, Tolkien’s new club was simply another expression of the same instinct that helped create the club at King Edward’s. He was simply at his happiest in groups of people where there was good talk, plenty of pipe tobacco and male company.

He also joined in enthusiastically in the Town vs Gown rags. During one typical evening, he heard a distant roar of voices, dashed out of College and ragged the town and police for around an hour. “Geoffrey” and Tolkien ‘captured’ a bus and drove it up to Cornmarket, making various unearthly noises on the way. There he addressed the university crowd at the Carfax and then at the Martyr’s Memorial. While the majority of the poorer students avoided such riotous behaviour, Tolkien was far too sociable to be left out of anything.

That, unfortunately, left him little time for work – or religion.

He began to find it far too easy to stay in bed in the morning rather than go to Mass, especially after late nights talking to friends and smoking in front of his fire. During his first year, he undertook very little practice of his religion, though he tried to mend his ways and kept a diary for Edith in which he recorded all his failings and misdemeanours – in his eyes, she was still perfect, a shining ideal to the young Tolkien.

While he had to go to regular lectures and tutorials, Exeter College did not have a resident classical tutor during Tolkien’s first two terms at university, and by the time a tutor was appointed, he had got into slack ways. He had become bored with Latin and Greek authors, preferring Germanic literature. While one area of the syllabus did appeal to him – Comparative Philology – he often just escaped to his rooms to work on his invented languages.

He managed to obtain some books of mediaeval Welsh, and found beauty in the appearance of sound of the words – almost irrespective of their meaning. He also discovered Finnish at around this time, finding a Finnish grammar in Exeter College Library. After that, he tackled the Kalevala in Finnish:

“It was like discovering a wine-cellar filled with bottles of amazing wine of a kind and flavour never tasted before. It quite intoxicated me.”

He never learnt Finnish well enough to do more work through part of the Kalevala, but its effect on his language inventing was crucial. He abandoned his efforts in neo-Gothic and began to create a private language heavily influenced by Finnish. This language would eventually become Quenya. He read a paper on the Kalevala to a college society, and talked about the importance of the type of mythology found in the Finnish poems – the type that was full of very primitive ideas and ideals that the literature of Europe has been cutting back and reducing for many centuries.

“I would that we had more of it left – something of the same sort that belonged to the English.”

Tolkien also developed his childhood interest in painting and drawing, and began to show some skill in it, especially in his landscape sketches. He became interested in handwriting and calligraphy, and became accomplished in many styles of script.

After the discussion with Edith, Tolkien turned his full attention to his Honour Moderation exam in February. This was the first of two exams which would make up his Classics degree. He tried to cram all his last four terms’ work into six weeks, and was poorly prepared for many of the papers at the end of February. While he did manage to get a 2nd, he knew he should have done better as a 1st was expected from all those intending to pursue an academic career. However, he did achieve a pure alpha – a practically faultless paper – in Comparative Philology.

The English School was split down the middle into “Language”(the philologists and the mediaevalists) and “Literature” (more modern literature and Chaucer). Tolkien specialised in linguistics, and had Kenneth Sisam as his tutor. When he first saw the syllabus, he was

“seized with panic, because I cannot see how it is going to provide me with honest labour for two years and a term.”

He was already well acquainted with many of the texts, and even knew a certain amount of Old Norse, which he was going to take as a specialist subject. However, the work was not as easy as he had expected, but soon he was in command of the syllabus and was writing lengthy and detailed essays on “Problems of the dissemination of phonetic change”, “The lengthening of vowels in Old and Middle English times”, and “The Anglo-Norman element in English”.

Tolkien had a particular interest in extending his knowledge of the West Midland dialect in Middle English, and he read a number of texts he had not previously encountered, including the “Crist” of Cynewulf, a group of Anglo-Saxon religious poems. Two lines in this struck him:

“Hail Earendel brightest of angels
above the middle-earth sent unto men.”

Earendel in Anglo-Saxon meant a shining ray or light, but in “Crist”, Tolkien interpreted it as specifically referring to John the Baptist. He was moved by its appearance in the Cynewulf lines, later saying

“I felt a curious thrill as if something had stirred in me, half wakened from sleep. There was something very remote and strange and beautiful behind those words, if I could grasp it, far beyond ancient English.”

In his later years in Oxford, Tolkien became stylish. He bought furniture and Japanese prints for his college rooms, ordered two tailor-made suits, and started another club with Colin Cullis – the “Chequers”. Its members met on Saturday nights to have dinner and drinks. He was elected president of the College Debating Society, played tennis, punted, and occasionally did some work – enough to win the Skeat Prize for English in spring 1914. He spent his £5 prize money on several books of mediaeval Welsh and some works by William Morris – “The Life and Death of Jason”, a translation of the Völsungasaga and “The House of the Wolfings”.

Morris’ view of literature coincided well with Tolkien’s. In “House of the Wolfings”, Morris had tried to recreate the excitement he had found in the pages of early England and Icelandic narratives. The book was set in a land threatened by an invading force of Romans, and had several parallels with the later LotR:

1. There was a clearing in a forest called Mirkwood (taken from ancient Germanic geography and legend).
2. The style was highly idiosyncratic and heavily laden with archaisms and poetic inversions in an attempt to recreate the aura of ancient legends.
3. The place and time in which the story was set was vague, but the landscape was described in great detail and precision.

While he read extensively in old languages, he very rarely read a contemporary novel, and his enjoyment of English literature ended with Chaucer. 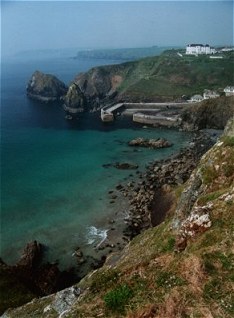 During Christmas of his first year, Tolkien went back to King Edward’s to play Mrs Malaprop in the TCBS event “The Rivals”. This cemented Tolkien’s friendship with GB Smith – which would be long-lasting and productive. In his second year, he spent his Christmas with his Incledon relatives at Barnt Green.

During the summer vacation of 1912, he went to camp for a fortnight with King Edward’s Horse cavalry regiment, into which he had recently enrolled. He enjoyed galloping across the plains near Folkestone, but ended up resigning from the regiment after a few months. After leaving Kent, Tolkien went on a walking holiday in Berkshire, sketching and walking in the downs.

In summer 1914, Tolkien visited Edith, then spent a holiday in Cornwall, staying on the Lizard with Fr Vincent Reade of the Oratory. Tolkien never forgot the South Cornwall coastline and the sight of the sea – it became an ideal landscape in his mind. That year, he also travelled to Nottinghamshire to stay for a few days with his Aunt Jane on the farm she was running with Hilary and the Brookes-Smithes.

While in Nottinghamshire, Tolkien wrote a poem starting with the Earendel line from the “Crist”. He called it “The Voyage of Earendel the Evening Star”, and it described a star ship’s voyage across the sky. This was the first time Tolkien had written something that was entirely original, and formed the start of his own mythology.