~Maglor~
"...he could not endure the pain with which the Silmaril tormented him; and he cast it at last into the Sea"

Oxford, The City of Dreaming Spires, is famous the world over for its University and place in history. For over 800 years, it has been a home to royalty and scholars. It became an established seat of learning as early as the 11th century, but the University as we know is today did not start to take shape until the 12th century. 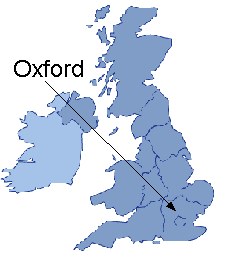 The relationship between City and University (Town and Gown) has always been somewhat uneasy, and there has been much friction over the centuries. The most famous occasion was the St Scholastica’s Day Riot of 1354. In several days of fighting, 63 students were killed.

Exeter is the fourth oldest college, and is “fairly unremarkable” apart from its chapel. The thin, turreted spire is one of Oxford’s most recognisable and the chapel itself is modelled on the Sainte Chapelle in Paris.

Merton is recognised as the oldest college in Oxford. Its idea of a self-governing community of scholars with buildings laid out in quadrangles became the model upon which all future Oxford colleges would be based. Merton also has the oldest college library, with precious medieval manuscripts chained to the walls.

Pembroke – it is safe to say – does not have the best of reputation among its glamorous Oxford neighbours. It has been variously referred to as the coal scuttle, cellar and dust hole of the University. Even its most famous former member, Samuel Johnson (the lexicographer who compiled the first English dictionary) only stayed for four terms.