Rob Gilson was born on 25th October 1893, and was the son of one of the teachers at King Edwards, Robert Cary Gilson. He was a nucleic member of the TCBS, devoted his spare time to drawing and design, and had a quick brain coupled with a lively face. He was quiet-spoken but witty, fond of Renaissance painting and the 18th century.

In 1913, he went up to Cambridge. On hearing of Tolkien’s engagement, he remarked, somewhat wisely but mayhap a little damningly: “I have no fear at all that such a staunch TCBS-ite as yourself will ever be anything else.”

He joined the Cambridgeshire Battalion of the Suffolk Regiment (the 11th Battalion) as war was declared. On 7th January 1916, the 11th Suffolks embarked for France as part of 101 Brigade of the 34th Division. Now a full Lieutenant, Gilson was in C Company.

His Battalion was positioned near Becourt on 1 July 1916 – the first day of the Battle of the Somme. Going forward with his men, Gilson was reported by Cpl Hicks of C Company as dead after being hit by a shell. He was buried in Becourt Cemetery. 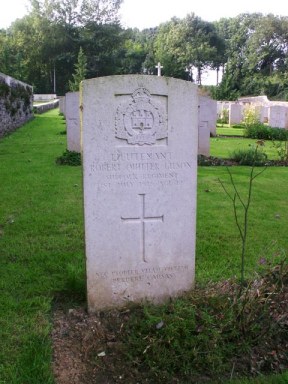