~Aragorn~
"...his hood was cast back, and his dark hair was blowing in the wind, a light was in his eyes: a king returning from exile to his own land."

The appearance of familiar faces

Tolkien’s work in the 1920s and 1930s was made up stories written for his children, as well as a few longer, epic, poems based around his own mythology. Few of either category appeared in print before his death. 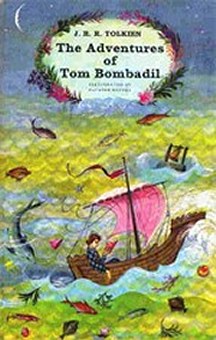 One of the first familiar faces to appear in Tolkien’s stories was Tom Bombadil. He started out life in an abandoned story set in the days of King Bonhedig, and even there was described in pretty much the same way as he appears in “The Lord of the Rings”.

Even in that story, he was already a well-known character for the Tolkien boys, as he had been based on a Dutch doll with a feather in his hat that belonged to Michael. But John didn’t like the doll, and one day he stuffed it into the toilet. However, luckily Tom was rescued and lived to tell another tale.

“The Adventures of Tom Bombadil” was published in the Oxford Magazine in 1934. It is possible that the idea of shutting him up in a crack of Old Man Willow’s bole probably came from Arthur Rackham’s tree drawings, and that the barrow-wights were ghosts from a grave of the type seen on the Berkshire Downs near Oxford. Tom Bombadil seemed to Tolkien to represent the spirit of the vanishing Oxfordshire and Berkshire countryside. In 1937, when a successor to “The Hobbit” was needed, Tolkien suggested that he could enlarge “The Adventures of Tom Bombadil”, but the suggestion was rejected.

From 1932, Tolkien was wrapped up with “Mr Bliss”. “Mr Bliss” was fabricated around a series of pictures that Tolkien did, and was created at a time when Tolkien was taking his artwork very seriously. It was a story lavishly illustrated in ink and pencil, and was, for once, received by the publishers with great enthusiasm. Preliminary arrangements were made to publish it after “The Hobbit” until the publishers asked Tolkien if he would redraw the pictures in a simpler style. He agreed, but simply could not find the time to recreate the originals, and the project lapsed. Many years later, the manuscript was sold to Marquette University in America, along with the manuscripts of his published works, and “Mr Bliss” was eventually published after Tolkien’s death. 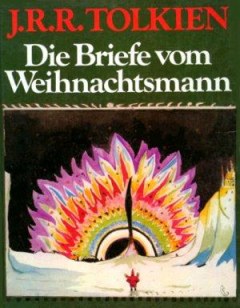 Another set of stories from this period that would only be published after Tolkien’s death were the “Father Christmas Letters”.

These had been written from 1920 onwards, beginning simply as a yearly letter to John from Father Christmas, but soon expanding to include a range of characters, such as the Polar Bear, the Snow Man, an elf called Ilbereth, snow-elves, goblins and gnomes. The name Ilbereth should be familiar to all those who have read “The Silmarillion”.

During the 1930s, Tolkien also wrote “Farmer Giles of Ham”, chiefly to please himself, but also for his children. The ‘Little Kingdom’ was made up from Oxfordshire and Buckinghamshire, and Warminghall was modelled on a village a few miles east of Oxford.

The book was also offered as a successor to “The Hobbit”, and like most of its companions, it was considered excellent, but not suitable material for a follow-up. In early 1938, Tolkien read the story to a group of undergraduates at Worcester College, and as a result of that evening, he rewrote the tale into a longer narrative, containing sophisticated humour. The revised manuscript was again offered to the publishers, who then accepted it. However, wartime delays and Tolkien’s dissatisfaction with the original choice of illustrator meant that the book was not released until 1949, with paintings by Pauline Baynes. The book did not receive much attention when it was first published, only becoming popular after the success of “The Lord of the Rings”. 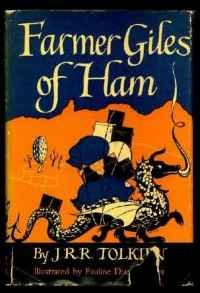 At one time, Tolkien had considered writing a sequel to “Farmer Giles”, concerning Giles’ son George, a page-boy called Suet, and Chrysophylax. It was to be set in the same countryside, but by the time Tolkien wished to write the story, the war had left its ravages on his landscape, and he had little desire to continue:

“The sequel (to Farmer Giles) is plotted but unwritten, and likely to remain so. The heart has gone out of the Little Kingdom, and the woods and plains are aerodromes and bomb-practice targets.”

Inspiration for Tolkien’s mythology came from his children’s reading materials. They loved a book called “The Marvellous Land of Snergs” by EA Wyke (1927), in which the Snergs were a race that were a few feet tall, broad in beam, and possessing great strength.

Tolkien later told WH Auden that the Snergs were probably an unconscious forerunner of hobbits. Further ideas came from Tolkien’s own reading books. He greatly enjoyed a work by Sinclair Lewis called “Babbitt” (1922) about a middle-aged businessman whose well-ordered life gradually came off the rails. It may have been from Babbitt that the word ‘hobbit’ originated, and certainly Tolkien saw a parallel between the limited, bourgeois world of Babbitt and the hobbits of the Shire.

Tolkien continued to work on the long poems that he thought were his true vocation – “The Gest of Beren and Lúthien” and the alliterative verses telling the story of Túrin. Though the Túrin verses reached over 2000 lines, and the Gest over 4000, neither was completed.

These poems were important for Tolkien’s technical development as a writer. The rhyming couplets of early efforts were fairly mediocre, but as his skill improved, so did the fluency and style of his endeavours. The Túrin verses, indeed, showed something fairly remarkable – adaptation of the old Anglo-Saxon form of alliterative verse into something modern, personal and unique.

He also wrote some long poems unassociated with his mythology. The alliterative, rhyming “Aotrou and Hroun” (Breton for “Lord and Lady”) was inspired by the Celtic legends of Brittany, and was published some years later by Gwyn Jones in the Welsh Review.

“The Fall of Arthur”, was a non-rhyming, but still alliterative, poem. This became Tolkien’s only foray into creating in the mystical world of King Arthur, which had been a boyhood favourite of his. However, as an adult he found it “too lavish and fantastical, incoherent and repetitive”, as well as too profoundly and obviously Christian. “The Fall of Arthur” was never finished, though in 1935, Tolkien wrote that he still hoped to finish it. Reviews of the unfinished work had been good, with both EV Gordon and RW Chambers professing their enjoyment of the piece. The work was remarkable in that it contained one of only a very few of Tolkien’s descriptions of sexual passion – that of the unsated lust between Mordred and Guinever.

Tolkien also continued to work on “The Silmarillion”. He spent a good deal of time on his elvish languages, and even invented a new alphabet, originally known as Quenyatic, then Fëanorian, then Tengwar. He also renamed Earendel, calling him instead Ælfwine (‘elf-friend’). By the late 1930s, he had amassed a huge body of manuscripts concerning Arda, but he still made no move to publish them, and only members of his family and close friends knew of their existence. 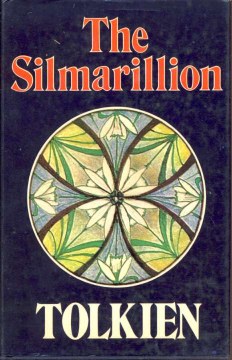 Within the family, Christopher proved the keenest admirer of his father’s work. The small child had grown up into an intense, nervy, self-tormenting boy, loved intensely by his father – perhaps because of the similarities between them.

It is thought that Tolkien’s strong feelings towards Christopher were one of the stimuli that made him start a new book. CS Lewis and Tolkien agreed during a discussion one day that one of them should write a story on ‘space travel’ and the other on ‘time travel’, and that each story should lead to the discovery of myth. CS Lewis’s ‘space travel’ work was eventually published as “Out of the Silent Planet”, with Ransom, the hero, maybe based partially on Tolkien himself. Tolkien’s work was to be on ‘time travel’, and he wrote “The Lost Road”.

“The Lost Road” was the story of two time travellers, a father and a son, who found themselves discovering the mythology of “The Silmarillion” as they journeyed back to the land of Númenor. The legend of Númenor was probably composed somewhat earlier, during the late 1920s or early 1930s, but this was its first expression in a story, and it clearly showed the nightmare which had haunted Tolkien from an early age – his ‘Atlantis-haunting’. However, “The Lost Road” was soon abandoned owing, as Tolkien himself admitted, to his slowness and uncertainty shortly after the travellers arrived at Númenor.

The story side of “The Lost Road” was clearly at least an idealised semi-autobiography. The father, a scholar of history called Alboin (the Lombardic form of Ælfwine), found that he was having words and fragments of ancient and forgotten tongues transmitted to him. It is interesting to note that neither Ælfwine nor his father had wives, both being widowed at early ages.

Tolkien returned to his time travelling theme as a way to introduce Númenorean legend when he began to write “The Notion Club Papers” in 1945. In this, two Oxford dons from a club thinly disguised from the Inklings set out travelling, but the story broke off before the time travelling was anything more than superficially described.

Only one part of this work reached print before its inclusion in HoME, and that was Tolkien’s retelling of the legend of St Brendan’s voyage. Under the title “Imram” (Gaelic for voyage), the poem was published in “Time and Tide” in 1955.