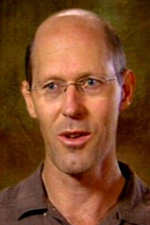 In 2004 the Academy of Motion picture arts and sciences gave their highest honor to Grant Major – Production Designer, for ‘Best Achievement in Art Direction’ for the last of the trilogy – “The Return of the King”, which he shared with Dan Hennah and Alan Lee. But, it is widely acknowledged that the stunning amount of awards handed out that night were for the combination of the three movies and the work and commitment of the people involved.

The tall, lanky, bespectacled Grant Major, born in Palmerston New Zealand was brought on board as Production Designer after working with Peter Jackson on “Heavenly Creatures” and “Frighteners” The process of set design for Tolkien’s LoTR began three years before the project was finalized, with early drafts of the script picked apart by Major, WETA head Richard Taylor and Tolkien conception artists, Alan Lee and John Howe.

Grant Majors job as PD also includes along with the artistic, the very real responsibilty of giving the directors, other producers and the studio heads a workable budget for the massive and intricate sets needed to bring the words to life.

An art-school grad with over 20 years of experience in set design and production, Mr. Majors doesn’t limit himself just to film. He oversaw the look for the Commonwealth Games Ceremonies for the NZ pavilions and done set work for Television (Hercules, Invisible Man). He was also, during his time with LoTR, the Production Designer for “Whale Rider”.

He continues to collaborate with Peter Jackson on “King Kong”, now in pre-production.

Thanks
The Chronicles of Narnia: The Lion, the Witch and the Wardrobe (2005) (thanks)