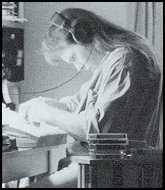 Rob Alexander is not the best known of Tolkien artists, but he is still one of my favourites. I’ve heard his style described as deeply evocative, conveying a sense of mystery, familiarity and “lostness” all at once. When I heard that description it seemed right to me.

“Tolkien’s ability to use language to evoke a mood, create a setting, or establish a character, rather than simply describing something, was superb.” Rob Alexander

Education and career: Alexander spent 2 years at art college in Alberta before moving on to a school in Seattle, leaving in 1991 to pursue a career in freelance art. Rob Alexander has been a freelance artist ever since and has illustrated several book covers, though the majority of his work has been with collectable card games.

Family: Rob Alexander grew up in Canada but moved to America when he got married in 1989. He now lives in the countryside of Oregon with his wife, his two year old son and various pets.

Tolkien art: Alexander has only had one opportunity to illustrate Tolkien works, that was through the Middle-Earth collectable card game. Though he says: “I have been influencedby Tolkien’s work all my life, and it comes out in little ways in virtually everything I paint”. Alexander’s favourite pieces of his work are Elven Cloak, Tharbad, the Wizards River Horses, Thranduil’s Halls, the Witch King, and the White Hand. He says: “I feel that these pieces all work as paintings as well as capturing something of the heart and spirit of the books.”

Influences: In an interview with the Council of Elrond, Alexander comments on the people who have influenced his work: “Mainly the old dead guys in the museums, primarily the Northern painters,such as Vermeer, Rembrandt, in fact, just about the whole Dutch school. Also very strongly the Academic painters (Tadema, Leighton, Waterhouse), the Hudson River group (Church is one of my absolute heroes) and the portrait genre artists, most notably the Bougereau’s and Sargent.In terms of those still breathing, I was exposed to a lot of Whelan, Frazetta, and Boris growing up, and I took things away from all three, as well as the inking of Wrightson and Vess.”Alexander has also found inspiration in Alan Lee and John Howe’s work, in fact Lee’s use of water colour inspired Alexander to try painting with this medium.

Creating his art: Alexander works mainly in watercolours. His works start life as sketches, once an idea is decided upon he then does a photo shoot and prepares a final drawing at the correct size. Once complete this is transferred to water colour paper, Alexander then uses various colour washes, using less and less water as the work progresses, its finally finished off with dry brushwork to add texture.

On Tolkien: The Following are extracts from and interview carried out for the Council of Elrond. The full transcript of which can be read in the interviews section.

Discovering Tolkien: The books were read to me in second grade. At the start of each day our teacher would read to the class for about 15 to 20 minutes, and she got through the Hobbit and The Fellowship of the Ring. I then read the other books on my own, although I seem to remember having to ask the meanings of a lot of the words at first, and it probably took all that summer after second grade to finish them.I still own the copy of the Fellowship that was read to us that year. Not sure exactly how I ended up with it, and it’s rather the worse for wear, but still intact for all that.

Favourite Tolkien book: The Hobbit is a great curl up for an afternoon and have an adventure where you know nothing too terrible is going to happen book. Loved it as a kid, and still enjoy reading it.

Thoughts on the film: I own the DVD. And the extended DVD. I think The Two Towers was the only film I saw at a theatre last year. I think it fair to say I loved the films.

Favourite places in Tolkien’s world: Rivendell. Got to love it, would live there if I could. As long as I could visit Fangorn. Lothlorien. Another favourite locale. (Can you tell I’m a fan of elves?!)

Favourite scenes from the books: Gandalf and the Balrog on the bridge, the Hobbits on the Barrow Downs, the first time the Hobbits enter into Rivendell, the black riders caught at the ford, and Smaug falling into the waters of the Long Lake from the Hobbit.

Hardest part to draw: Those damn Ents. I never did get one that I thought was completely right.

On illustrating Tolkien: “Tolkien’s world, with it’s complexity, it’s history and language, and it’s subtlety is for many, I think, a world we wished passionately existed. That in itself leads me, at least, to paint it, as it brings it to life just a little bit for the world.”

The future: Although Rob Alexander has no Tolkien work on right now, he fully intends to do more when the opportunity arises.

With thanks to Mr Rob Alexander for putting up with my persistent questioning. Edited by k.