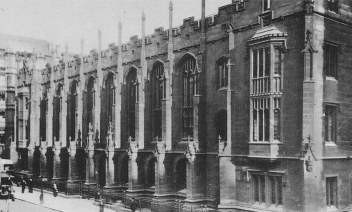 In 1899, Tolkien was seven, and he took the entrance examination for King Edward’s, an independent day school for boys with an impeccable academic record. But he failed, and had to retake the exam in 1900, when he passed. He then entered the school in September 1900, and one of Tolkien’s uncle paid the fees – £12 per year.

King Edward’s School was a soot-blackened Victorian Gothic building above New Street Station in the centre of Birmingham. It was four miles from Sarehole, and for the first few weeks of term, Tolkien had to walk much of the way to and from his lessons. After that, Mabel reluctantly decided that the family must move closer to the school, and so they moved to Oliver Road in Moseley – a suburb on the tram route into Birmingham. The house was described as ‘dreadful’.

However, almost as soon as they moved there, the house was scheduled for demolition to make way for a fire-station. The family moved back to King’s Heath, to 86, Westfield Road, a small house in a terrace row not far from Mabel’s parents. Tolkien desperately missed the countryside of Sarehole, but he found some comfort in the railway cutting and sidings beyond the King’s Heath house. The cutting had grass slopes full of flowers and plants, and the sidings had coal trucks that had strange, appealing names such as “Nantyglo” and “Penrhiwceiber”. 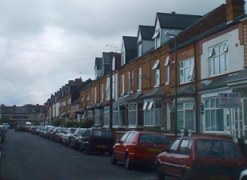 Tolkien later said that his four years at school were the longest-seeming, but most formative, part of his life. The whole atmosphere and location of the school seemed daunting to the country-bred boy, and Tolkien was absent through most of the first term due to illness. However, he did gradually become accustomed to the rough and tumble and the noise, and he eventually grew to like the school.

In 1902, when Tolkien was ten, the family moved to Edgbaston, and he had to leave King Edward’s and go instead to St Philip’s. This was a state-run school in Edgbaston, with low academic standards. The pupils were expected simply to pass through the system, gaining some semblance of education before going on to work in local factories. Tolkien soon outpaced his classmates, and Mabel took him out of the school to teach him at home again. But a few months later, he won a Foundation Scholarship to King Edward’s, and returned there in autumn 1903.

Tolkien was put into the Sixth Class, where Greek soon became a new love:

“The fluidity of Greek, punctuated by hardness, and with its surface glitter captivated me. But part of the attraction was antiquity and alien remoteness (from me): it did not touch home.” 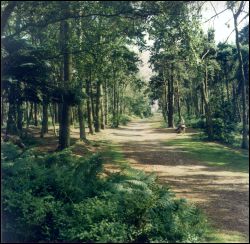 That Christmas, his mother started to teach him German, and he was also taught how to play chess by one of the parish clergy. His school career was again curtailed by illness in the New Year, and then he was sent to stay in Hove with the family of his uncle-in-law, Edwin Neave, as his mother became weak and ill.

He rejoined his mother and Hilary in the summer of 1904 when they moved to Rednal, Worcestershire. There they lived in a small cottage next to a retreat for the Birmingham Oratory clergy. Tolkien thought that it was like returning to Sarehole – he and Hilary were free to roam around the Oratory estate, and further abroad out to Lickey Hill. While he was in Rednal, he saw Fr Francis smoking a large cherrywood pipe, and Tolkien thought that his later addiction to pipes may derive from that experience.

At the start of the autumn term, he went back to King Edward’s, but still lived in Rednal. This meant he had to rise very early and walk more than a mile to the train station. Furthermore, it was almost dark by the time he got back to Rednal, and sometimes Hilary would meet him from the train station with a lantern.

From an early age, Tolkien received instruction in the Catholic faith from his mother, who had converted to the faith when she married Arthur Tolkien. When the family moved to Edgbaston, both he and Hilary became great friends with Father Francis Morgan, a priest at the Birmingham Oratory. 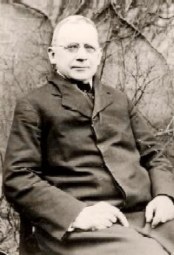 It was he who suggested that the family stayed at Rednal, and it was he who was at Mabel’s side when she died of diabetes when Tolkien was 12, on the 14th November 1904. She was 34.

The death of his mother caused a huge change in Tolkien. He associated Mabel with his membership of the Catholic Church, and he came to believe that she effectively killed herself through her never-ending labour and toil to ensure that Tolkien and Hilary kept the true faith. After Mabel died, religion took the very prominent place in his affections that his mother had previously occupied, and it provided the young boy with both emotional and spiritual consolation.

Mabel’s death also caused somewhat of a split in Tolkien’s personality. In public, he remained cheerful, almost irrepressible, and with a great zest for life. He had a deep sense of humour, and a great capacity for making friends. However, in private, he was capable of bouts of profound depression. He had a deep sense of impending loss, coupled with the feeling that nothing was permanent, nothing would stay the same, no battle would be won for ever.