Christopher was born in November 1924, and he was named after Tolkien’s great friend, Christopher Wiseman. He soon became an especial delight to Tolkien, and he immediately took a great interest in his father’s stories. 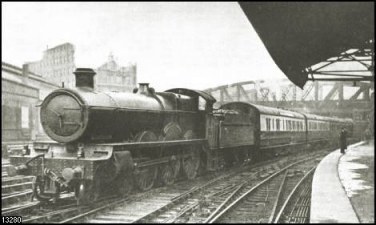 As a child, he (and also Michael) had a passion for railways, and Tolkien converted a whole upstairs room into a track layout for the boys. They used to go to watch engines, and he soon learnt to draw excellent pictures of the GWR locomotives. Tolkien occasionally even took them to see the ‘Cheltenham Flyer’ pass through the stations. He went to the the Oratory Catholic school in Berkshire as his brothers, but returned home when he was diagnosed with a heart problem. He only briefly returned to school after his illness, before going up to Trinity College.

Even then he worked closely with Tolkien:

“Christopher was my real primary audience, who has read, vetted, and typed all of the new Hobbit, or The Ring, that has been completed. He was dragged off [to war] in the middle of making maps. I have squandered almost the only time I have had to spare for writing in continuing our interrupted conversations by epistle: he occupied the multiple position of audience, critic, son, student in my department, and my tutorial pupil!”

During WW2, he was called up into the RAF, and was sent to South Africa to train as a pilot. In early 1944, he was stationed at Kroonstad, and in 1944, he was in Standerton in the Transvaal. While he was in South Africa, Tolkien sent him detailed letters about his progress through “The Lord of the Rings”. He was sent back to the UK in 1945, and was stationed in Shropshire.

After the War, in 1945, he joined the Inklings. Initially, he was invited to the meetings to read aloud from “The Lord of the Rings”, as CS Lewis maintained that he read better than his father. This seems to be backed up by his father, in a letter of 1958:

“I realize now why you hold audiences … There was, of course, life and vividness in your phrases, but you are clear, generally unemphatic and let your stuff speak for itself by sheer placing and shaping.”

By 1950, he had become a freelance tutor in the English faculty, and was completing a B.Litt. By 1959, he was a lecturer of Anglo-Saxon, Middle English adn Old Norse at New College, and later he was made a Fellow. 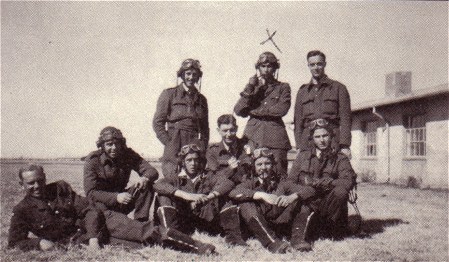 His father came to rely on his judgement and his input into their creative processes, as can clearly be seen in this snippet of a letter from Tolkien in 1944:

Now we can only link with this flimsy bit of paper! But may it speed to you and arrive safely. I wish that it mighht be written in Runes beyond the craft of Celebrimbor of Hollin, shining like silver, filled with the visions and horizons that open in my mind. Though I have without you no one to speak my thought.”

He seems to have been particularly fussy with regard to details, a trait that would stand him in good stead when he started work on his father’s literary estate:

“Christopher was always much concerned with the consistency of the story and on one occasion … interrupted: ‘Last time, you said Bilbo’s front door was blue, and you said Thorin had a golden tassel on this hood, but you’ve just said that Bilbo’s front door was green, and the tassel on Thorin’s hood was silver’; at which point Ronald exclaimed ‘Damn the boy!’ and strode across the room to make a note.” (The Tolkien Family Album)

His first marriage was to Faith Faulconbridge, a sculptress who made the bust of Tolkien that the English Faculty presented to him on retirement. They had one child, Simon (born 1959). He later got divorced from Faith, and married the Canadian Baillie Knapheis. They had two children, Adam (born 1969) and Rachel (born 1971).

After his father died, Christopher was appointed as his literary executor, and he gave up his Fellowship to devote his time to editing his father’s works. There were masses of notes, some of them written on odd scraps of paper a half-century earlier. Much of the material was handwritten, often with a second draft written over a half-erased first draft. Names of characters routinely changed between the beginning and end of the same draft. While Christopher had an incredibly detailed knowledge of his father’s work, even he frequently admitted to having to guess at what was intended.

Nevertheless, working with Guy Gavriel Kay, he was able to publish “The Silmarillion” in 1977, followed by the twelve volumes of “The History of Middle-earth” between 1983 and 1996. However, he always stressed that the work was his father’s, and that his own role was simply editing existing material, choosing which of many versions would fit with others.

“When I finished, I felt an enormous relief that I had survived – I had been afraid that, for some reason, I wouldn’t be able to complete it. It had been a great responsibility.” 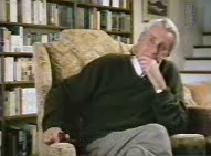 Christopher Tolkien moved his family to an undisclosed location in southern France to escape the intense public scrutiny that his father’s fame, and his own renown brought about from his books had brought to him. In John’s words:

“Christopher doesn’t live in England any more and when he comes can’t use his own name. He now keeps wild boar in his garden, which is a little bit dangerous, but they are useful when people become a nuisance.”

Christopher and the Jackson films

Out of any of Tolkien’s children, it was Christopher that was caught up in the whirlwind of publicity associated with the films. He apparently rejected appeals from the producers for him to get involved in the project, because he was so dissatisfied with previous attempts to bring “The Lord of the Rings” to the big screen: 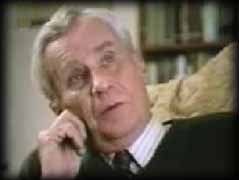 He remained silent about the resulting films, though reports circulated claiming that he was unhappy with the way the film-makers interpreted his father’s books. However, he totally denied these allegations:

“The suggestions that have been made that I ‘disapprove’ of the films, even to the extent of thinking ill of those with whom I may differ, are wholly without foundation.”

However, he certainly did feel that his privacy was compromised by the media interest surrounding the films:

There was also a lot of media attention about a alleged rift between Christopher and his son, Simon – who opted to work with Jackson’s team. In Simon’s words:

“My father has refused to have anything to do with me or my requests to have a meeting,” Simon Tolkien told the Independent. “As long ago as early 1999, it was my view that we should take a much more positive line on the film and that was overruled by my father. Following that, I was excluded from the board of the Tolkien company.”

“My father is the one who exercises control over the affairs of the family in relation to my grandfather’s estate … His only mode of communication with me is by letter. He has written long letters back or instructed his solicitor to write to me, but they are always about business. He has refused repeatedly to see me. He won’t talk to me on the telephone. When I call, he just puts the phone down.”