Creative ideas can be found in the Last Homely House. 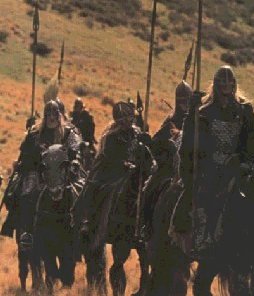 Related Terms: Rohirrim
In the fair and rolling grasslands that lay north of the White Mountains, there lived a race of Men who were called the Rohirrim, the "horse-lords".

In their own tongue, they called themselves the Eorlingas, in honour of Eorl the Young, their first king.
Encyclopedia entry originally written by High_King_Of_Gondor