~ Bilbo's Pipe~
"Bilbo Baggins was standing at his door after breakfast smoking an enormous long wooden pipe that reached nearly down to his woolly toes."

In this lesson we treat almost all of the remaining basic tengwar:
The first two tengwar are only found as the mutation of words starting in ‘h’ or ‘c’ (they are pronounced as the ‘ch’ from the German word ‘Bach’, or the Scottish word ‘loch’):

Then two that are used to denote the sound ‘ng’ as in ‘sing’ when this sound is the first or the last sound of a word (in the middle of a word it is pronounced as the ‘ng’ of ‘finger’ and this sound is a nasal consonant cluster, we’ll return to this in one of the next lessons):

Finally, there’s a tengwa that doesn’t appear in Quenya and it’s used to denote ‘hw’ (pronounced as the ‘wh’ from ‘white’). It has the same shape in both modes:

And a remark: when the sound ‘a’ is the final sound of a word in the mode of Beleriand, then we add a little mark to this vowel: 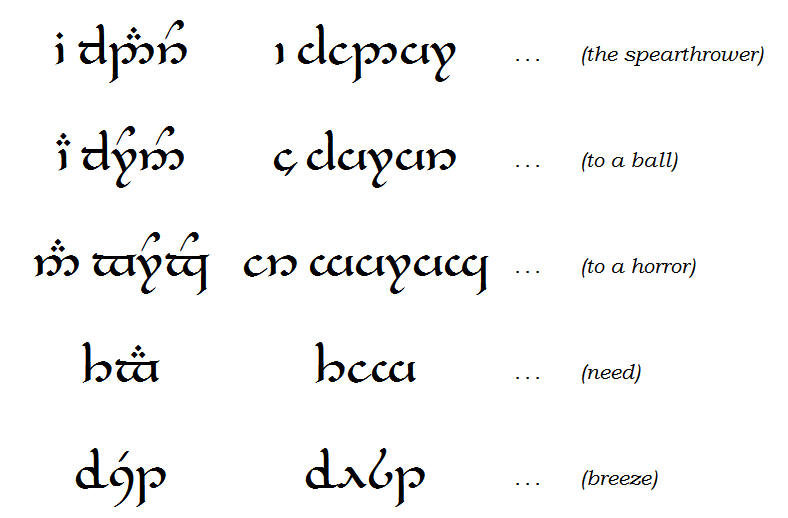 Sorry, you must be logged in to submit a filled out workbook exercise.